May 30, 2017
There are many reasons why I wanted The Time Travel Tour to be so much better than sadly it turned out. As a life-long fan of sci-fi myself, the premise and idea of this show from Just This Guy and its performer Jay Andrews, sounded absolutely perfect. To a certain extent, it still remains that, it's just that the premise currently (but perhaps hopefully not in the future) exceeds the production.

Jay Andrews plays our time travel guide, who takes us back in his time machine, called TARDIS, but for fans, cleverly not standing for what you might expect, to moments of history. Sadly these moments are a little where the show slightly begins to disappoint. With so much in our history to choose from, the selection chosen is quite frankly rather dull, so much so that I have little recognition of them now. Perhaps this for me is like Jay admits in his programme (bonus point for this), that I also find history often dull. However, if this show is to work, you need to make it not dull, leave that to the Bard's history plays. This show is clearly defined for a comedic style, so the history needs to be full of this and to become alive. 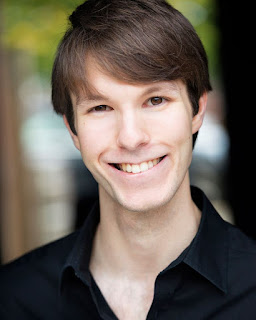 There is some great tech in this play, including some well-created video as multiple timelines converge. Unfortunately, during this footage, timing is everything and not all of it was as seamless as it needed to be. Also for some strange reason, the volume of this footage was seriously quiet, meaning that even in the compact room quite a chunk of dialogue was lost.

On the back of the programme is a delight of reference material which all but a couple I am well familiar with, and it was interesting to spot them during the show and for much of the time they worked. However, I did feel that the writing was a little too much fanboy material at times, which while I might delight in, I was worried about how much non-fans would get (serious kudos for getting Cave Johnson into a play though). For mainstream material, you clearly have to go beyond what you are as a fan and not make it about your likes only.

However, for all the lack of success the show is, Jay is a wonderful lively guide, full of bountiful energy and character and holds well the challenge of performing a solo show at Flash. This idea needs to be refined, restructured and tightened up and I am sure it will survive Flash and be much better for it.