April 12, 2016
It was birthday time at the NN Cafe as Feast of Fools became a year old. A relatively small (guys come to open mics they are great), but enthusiastic crowd were present to see the eight performers on the evening.

Our host for the first half was Richard York who welcomed us to the evening with a none too offensive blast on his bagpipes before spiraling into a number of thanks for those who made the first year such a success. After this he gave a tale of a bag filled with torn up tales. It was all great fun to get the evening going. This was promptly followed by two lovely songs from Theresa Kelleher, the second of which was especially quite amazing.

For birthday night we had just the one new performer, however what a new performer. Lynette Hill gave us a quite magical tale of her gran's adventures with her ducks, Cuff and Link. Funny, uplifting and endlessly entertaining. It was quite a debut.

We needed a great star to follow that. We got Dave Blake. I have to say I frequently zone out of the the actual story Mr Blake is telling, as I usually end up in agony from the pun heavy antics. However on this occasion, I remained in the room this time for his always funny tale of Codrod's cap. A star performance once again

The interval then occurred, of which I only mention as I won a chocolate bunny in the raffle.

Our host for the second half was Sue Martin, who after the evening expectation of encouraging us all into a sing song of Happy Birthday, went into her own little tale. It was a rather happy and sad one of a boy born as a clown, trapped behind a white face, big red nose and a shock of ridiculous hair. It was however really entertaining.

The ever reliable Stephen Hobbs was next up and once again one of his locally themed tales taking us through the presence of the devil in Northampton and culminating with a trip to St Peter and St Pauls graveyard. As ever a wonderful tale from Mr Hobbs.

As occurred for the very first Feast one year before, the energetic Red Phoenix closed the evening, with a tale of a unseen terror. During which a select few of the audience were picked on for their own suggestions of what the unseen looks like to them. Thankfully once my own thought had been stolen by another person, I was as ever thankful not to part of the show.

So another hugely entertaining open mic evening, full of laughter and interesting tales. And some bagpipes. We missed the two ladies that have been present at most of the previous shows in the last year, but the night was full of fun as ever. Roll on the next!

Performance reviewed: Wednesday 6th April, 2016 at the NN Cafe, Northampton.Feast Of Fools is held on the first Wednesday of each month at the NN CafeFull details can be found at https://www.facebook.com/StorytellingFeast and Twitter @FOFStorytelling 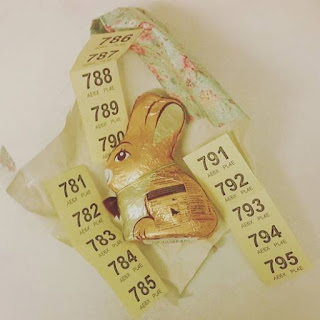