Elements Of War at Royal & Derngate (Royal) / Lies, Love And Lust at The Holy Sepulchre, Northampton

March 30, 2014
It was the young and the really young that provided my theatre experiences this weekend. First up in the form of the Royal & Derngate Youth Theatre and their fascinating performance of Elements Of War. As much a physical artistic performance as a play, this was a very different kind of show.

Broken up into four lightly connecting parts, the cast gradually got older with the first act portrayed by what I would guess seven to nine year olds and their trusty suitcases. It told the tale of their evacuation from the coming war between Wind and Fire. Although there would have been undoubted nerves from these youngsters and a few of them were a little low on voice for the large (for them) stage. They were mostly very impressive little performers, with a few more obvious future stars than others.

A neat piece of work throughout the show was the telling of developments through letters home, via broken and interconnecting stories. One ending as another started, telling the concerns of those even away from the war very well. 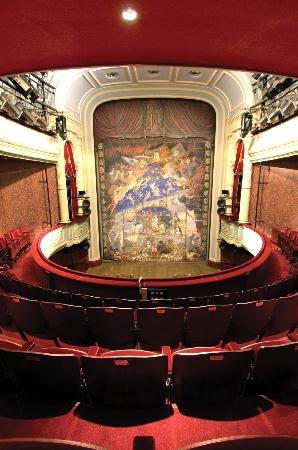 The second act concentrated on journalists and politicians, with gaggles of media hounding the leaders of Wind and Fire for answers. In this second act, a nice little light hearted moment came from a bored television viewer flicking through the channels. The television framed by umbrellas by the young performers.

The second part moved up the age bracket with the performers and was the domain of a little more serious story development with the doomed romance of Isabella and Noah, the latter an immigrant. The second part also featured some striking choreographed pieces, with battle, misery and eventual total death. The battle performance was striking, bold and with loud crashing sound, very powerful.

The final part courtesy of bottles of water (who would think this could possibly work!) was a suitably emotional ending. Its funny how a simple little play like this can really tell the real pointlessness of war so well and I have to say the young performers were on the whole, very, very impressive.

Later that day I sneakily found myself at the first public performance of first year BA (Hons) Acting students from Northampton University. Having been mighty impressed by the third year and their performances of Animal Farm and Love And Information, I was interested to see what a two year previous performance would look like.

First of all, unlike the third year performance, which was readily accessible material, the first were performing work by John Donne and all his gloriously olde English. Dost's and thou's a plenty, and much like Shakespeare for me, a confused look on my face now and again. 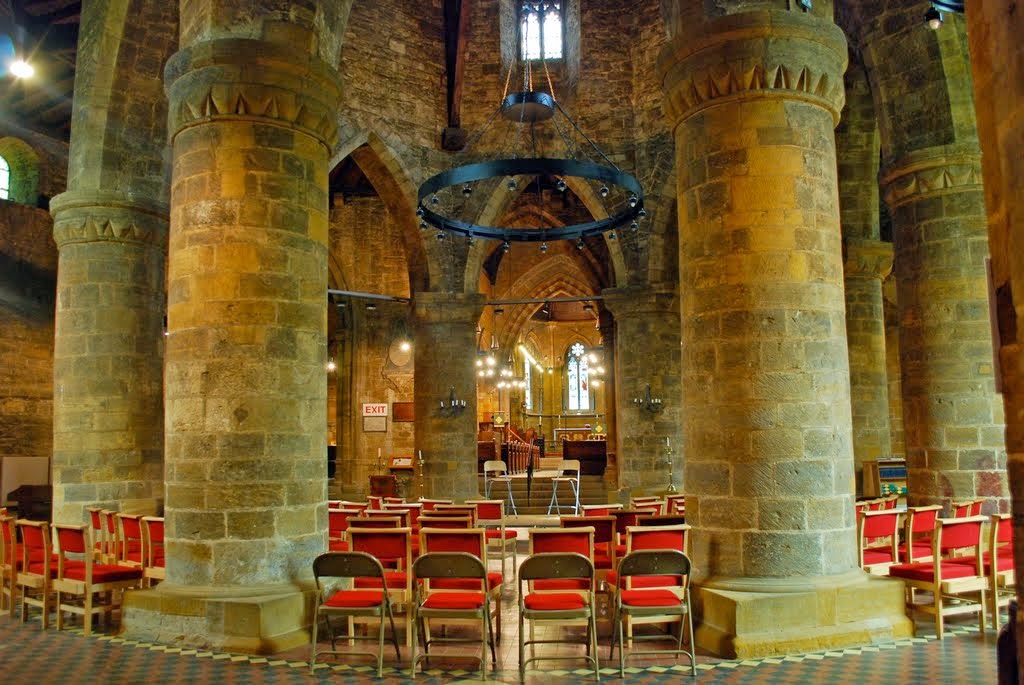 However, this was as much about the performance as anything else, and without a shadow of a doubt, this was striking. Certainly that first year must have covered projection and emotion especially, as it was written over the performers like a clowns red nose.

Nerves? Maybe, well almost certainly, its got to be the case for a first public performance. Maybe even more so in front of family and friends. However if there were nerves, they certainly didn't show. This was a performance of confidence and boldness, and for me incredible for first years. I greatly look forward to seeing how far these performers can go over the next couple of years.

I am also already looking forward to seeing the current second years. Although I shall need to brush up on on my Shakespeare first. Double, double and lots of some toil and all that, I believe.